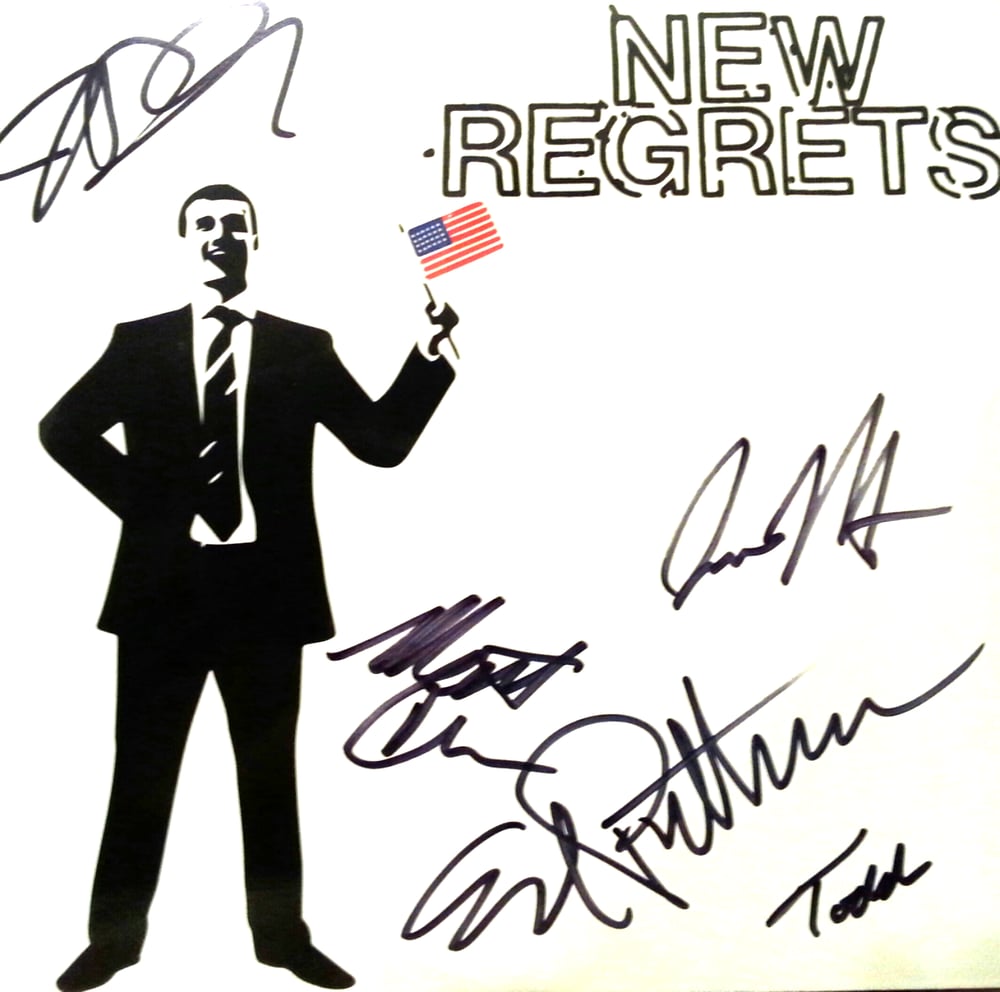 During the early ‘80s, a small but loyal group of young punks were proving hard hitting, aggressive rock n’ roll wasn’t confined to U.S. coastlines. And among those unique Midwest pioneers were Toxic Reasons, led by the growling vocals of Ed Pittman. 1982’s independence LP left an indelible mark on the punk music scene
which remains to this day. Now, over thirty years later, Ed Pittman has picked up where those early days of Toxic Reasons left off with his new band: Dayton, Ohio punkers New Regrets. New Regrets formed in late 2013, and the band has stayed busy since, bringing their no-frills breed of hardcore old-school punk to tour dates in the Midwest and on the East Coast. Recent highlights include shows with Dead Kennedys, fellow flyover-zone legends Zero Boys, and an after-party performance at Skull Fest in Pittsburgh. The band’s first release, a 5 song self-titled EP on Clearview Records, was recorded in the summer of 2014. Pittman is flanked on the record by James Downing-Groth and Matt Clark on guitars, while Jayson Hartings and Todd Bridges handled rhythm duties on bass and drums, respectively. Elliott Harrell took over drumming for New Regrets in September 2014, and the band continues to play live extensively while working on their next record. Songs are as follows: 1- Hang ‘Em High 2-Bleed for You 3-Play Your Game 4-Ripper 5- White Planet